Skip to main content
Labels
Posted by Randy Kirk May 12, 2014

Disc brakes and Thru-Axles Plus Even More Tire Clearance (bikeradar.com)


Trek have announced the release of two new Domane endurance bikes, both with the same fantastic bump-eating ride of the original series but now with disc brakes and thru-axles at both ends. The changes will of course add a little bit of weight but also superb all-weather capabilities plus additional tire clearance, too.

We don't expect many (if any) buyers will do so but if so inclined, both the 142x12mm rear and 100x15mm thru-axle dropouts on both bikes are convertible for use with standard quick-release disc wheels. The fork tips can also be swapped from left to right so that users can decide for themselves on what side of the bike they'd prefer the lever to reside. 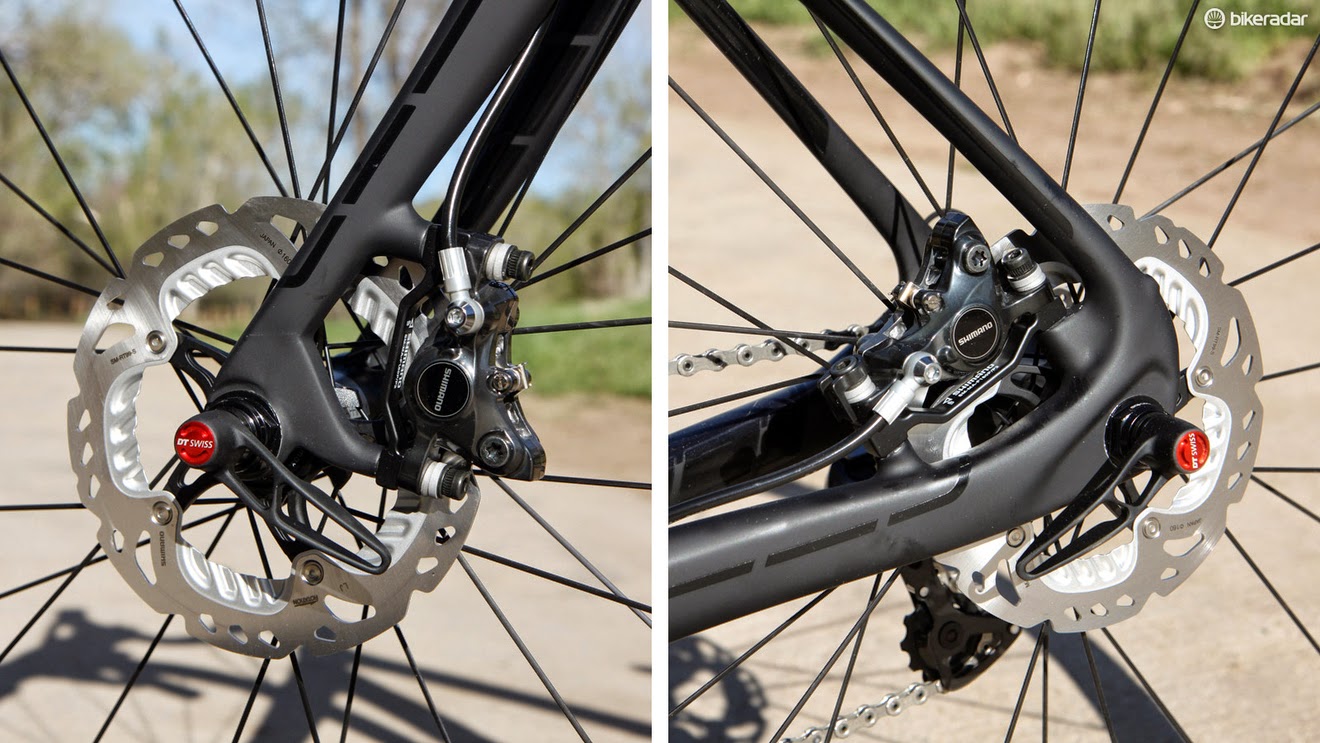 With the switch to disc brakes – and the resultant omission of the brake bridge on the seat stays – the frames will now have room for even bigger tires than on the standard Domane, too. Both bikes will come stock with 25mm-wide rubber but by our measurements, tires as big as 30mm might fit depending on the make and model.

While Trek has only announced these two Domane Disc models, it's a fair bet that more are on the way, in particular an alloy version at an even lower price point. Generally speaking, endurance-type riders often aren't quite as concerned about weight as more racing-oriented Madone buyers anyway, plus they're more likely to appreciate the more consistent all-weather stopping capabilities of disc brakes so it'd be a natural progression.

That said – and especially given the UCI's stated intentions on disc brakes in the pro ranks – we expect that a disc-equipped Madone isn't far behind, even if it's made available to the public before being widely adopted by seasoned professionals.

Also on the anticipated docket is a move to front and rear thru-axles on Trek's disc-equipped Crockett and Boone cyclocross bikes, too.