Just In: 60% of Women Would Choose Cycling Over Sex According to Bicycling Magazine 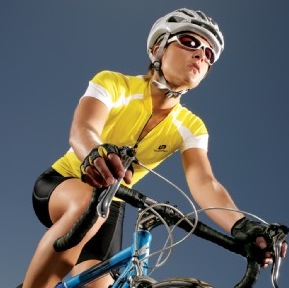 March Issue Reveals Most Female Cyclists Would Give up Sex Before Their Bike, According to a Survey of 5,000+ Readers

According to a survey of more than 5,000 cyclists in the March issue of Bicycling magazine, 58 percent of women would choose cycling over sex, if they had to give up one or the other for a month. The issue hits newsstands this week.

The results are found in Bicycling's 2012 "Reader's Choice" poll, an annual survey that offers a unique window into the minds of cyclists, covering everything from motivation to movies, food to fashion, endurance to embarrassment, and of course, how they feel about sex vs. cycling (for the record, male respondents were evenly split at 50 percent on whether they would give up sex or cycling).

"The results of our Reader's Choice poll provide an intriguing glimpse at just how much cyclists love to ride - sometimes even preferring it to sex," said Peter Flax, Bicycling editor-in-chief. "Whether they're riding 50 miles on the weekend, skipping work to ride, converting friends to the two-wheeled gospel or watching Breaking Away for the umpteenth time, our readers indicated that cycling is an essential, immeasurable part of their lives."

Other noteworthy results from the survey include:

- Celebs: asked to name their ideal celebrity to go on a bike ride with, most women would choose Patrick "McDreamy" Dempsey; the men opt for supermodel Gisele Bundchen

- Smooth operator: 64 percent of female respondents said they prefer a male cyclist with shaved legs versus those with hairy drumsticks

- Playing hooky: 32% of respondents admitted to skipping work so they could ride instead

- Ouch: 55% said their most embarrassing moment as a cyclist was failing to clip out of their pedals in time