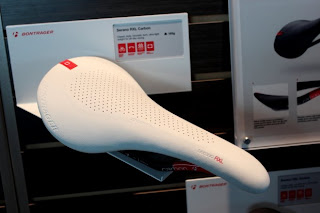 Another 2014 product which debuted at the Tour de France but which has now officially broken cover is the new Serano saddle.

Bontrager says the shape of the saddle is based on the Fizik Arione, a popular choice in the peloton, but uses two of the key technologies found on other Bontrager saddles: Zone Density Foam and an inForm BioDynamic design, giving the saddle a high tail to provide a power-friendly profile for riders who adopt an aggressive position. 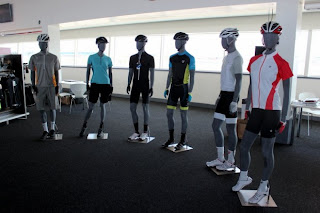 Updated clothing line
Bontrager’s clothing line has been updated with new colors across the range. They’re also now using their own proprietary fabric called Profila. They say it does everything you’d expect a premium fabric to do – it’s lightweight, breathable and fast-wicking – but by using their own fabric Bontrager say they’re able to tweak its properties according to the type of garment.
Bontrager RXXXL jersey 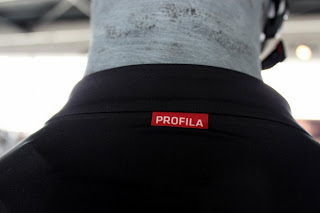 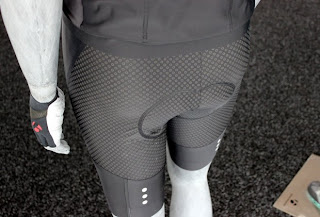 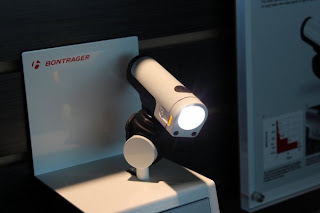 The Ion 700 USB is Bontrager’s first ‘see by’ light. As the name suggests, it has a claimed output of 700 Lumens, which is venturing into serious light territory and should be plenty in principle for serious commuting and some training on unlit roads.

The light, which is USB rechargeable, has five modes (three solid and two flashing) and can be rotated 360 degrees on the quick-release mount. It’s a compact unit, which also has side illumination by way or two small, yellow windows. 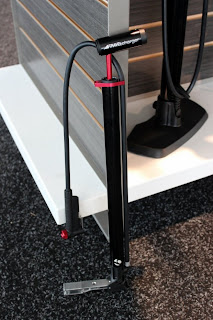 Finally, this Travel Charger pump is also new from Bontrager. It’s a travel version of the existing Charger track pump, designed as a high-volume pump for when space is at a premium, so to chuck in the back of your car ahead of a sportive, or in a bike bag if taking your bike abroad.

It folds down into a neat package which is far less obtrusive than a traditional track pump and has a folding foot platform to help get your tires pumped up in double-quick time.

Love Bontrager Componentry?
We've got it all here at Scheller's Fitness and Cycling