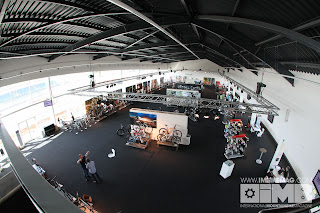 Trek has announced at their Annual Trek World event that they will no longer be "rushing to finish product in time for a deadline, and no more will your bike become obsolete when the calendar ticks by. Instead ... bikes will be released as and when they are ready" (www.imbikemag.com)

Now you can buy a new Trek bike feeling confident that it won't depreciate as greatly over the course of the year. Sure, the bikes will be updated, and there may still be some excitement surrounding a bike launch, but Trek wants to make sure their technologies are at their full potential before releasing them, ensuring that you get the best products at the right time. 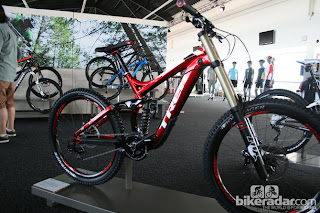 What does this mean? For us, it means that the Session, Superfly Full Suspension, Fuel EX 26, Elite and Stache FRAMES will remain unchanged for 2014, but we will be seeing some new color schemes and trickle down componentry.

Trek has embraced all three wheel sizes in their new range to show how well each wheel size works in each category.

Here's a breakdown from IMbikemag.com: 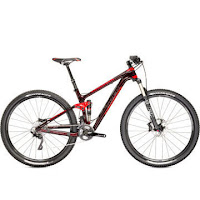 At an entry level hardtail price point the X-Caliber now owns the show, 29-inch wheels and bikes to suit almost any pocket in terms of pricing.

Once you tip over the X-Caliber range, the Superfly range begins. Again a 29-inch hardtail bike that

Moving away from the XC crowd towards the trail end of the market the Fuel EX has made a big upgrade this year in terms of wheel size.

The Fuel EX 29 utilizes a 120mm suspension platform and revamped geometry and frame design to incorporate the bigger wheel size.

has been tweaked for this year aimed firmly at the XC market with 100mm of front end travel. Alongside the Superfly hardtail is the Superfly Full Suspension (that remains unchanged) The way Trek sees it the extra speed and easy power from a bigger wheelsize makes the 29er the perfect platform for the entry-level market, as well as the XC crowd too. 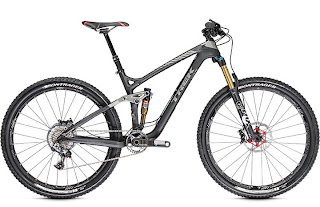 Jumping up a gear again, the Remedy range also sees a major update. (See a review of the 2013 Here) Not just a 29er version but also, you've waited for it, yes a 27.5 version too. This sparks a new deabte, 650b, 27.5, what are we gonna call it?  With this choice in wheelsize, you get to decide which you would prefer according to how and where you ride. The 29er version is a long travel big-wheeled machine if ever there was one sporting 140mm of tuned front and rear suspension. The 27.5 version shares the same suspension platform, but obviously sports the smaller wheel size.