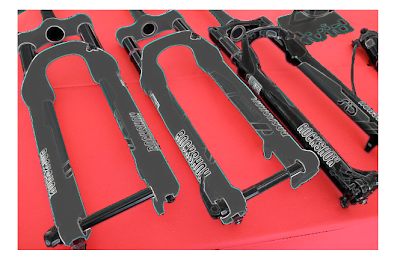 What Is RockShox Offering in 2013 for their Shocks and Forks 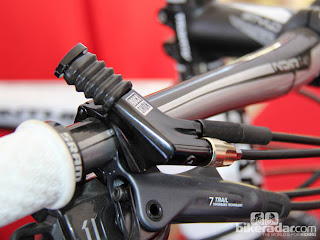 That isn't the only new thing from RockShox, however. While their SID and Revelation models cover a lot of the market, (SID geared to the XC crowd, 80-120mm travel, Revelation 120-150mm travel)

New for 2013, the SID and Revelation front forks were tweaked to improve their ability to smooth out the trail. Their damping mechanisms have been adjusted and improved for high and low-speed compression damping.

In addition, RockShox redesigned the rebound piston as well, incorporating their "Rapid Recovery" in both the SID and Revelation. "Rapid Recovery allows the fork to recover more quickly between consecutive bumps for better traction and control. 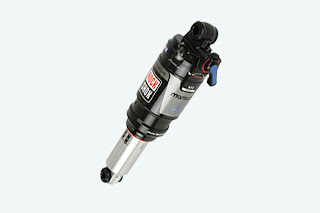 Next, RockShox greatly improved the Monarch's (their rear suspension system) with regard to small-bump compliance. First, they reconfigured the volume of the negative air chamber. 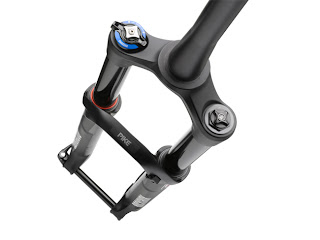 Seb Kemp of www.bikemag.com explained the last of the upgrades to the RockShox family of products — The Pike 2.0 — here. Here's a recap:

"When Fox debuted the 34 a few years back, it highlighted a gaping hole in their competitors' fork line-ups. RockShox for example, had the burly Lyrik and the much lighter Revelation, but the company needed something that cut the difference between the two and that's where the Pike fits it. The Poke features larger stanchions (as well as a stouter crown and lowers) than the Revelation, which was undergunned at the 150-millimeter travel setting when it came to particularly technical trails.

Weighing in at just a hair more than four pounds, the Pike should be popular with riders looking to add a bit of brawn to their bike's front end without also adding much in the way of weight. Since all-mountain bikes now come shod in every conceivable wheel size, the Pike is also available in 29er, 650b and 26er-compatible versions"

Check out the Pike in action in this VIDEO